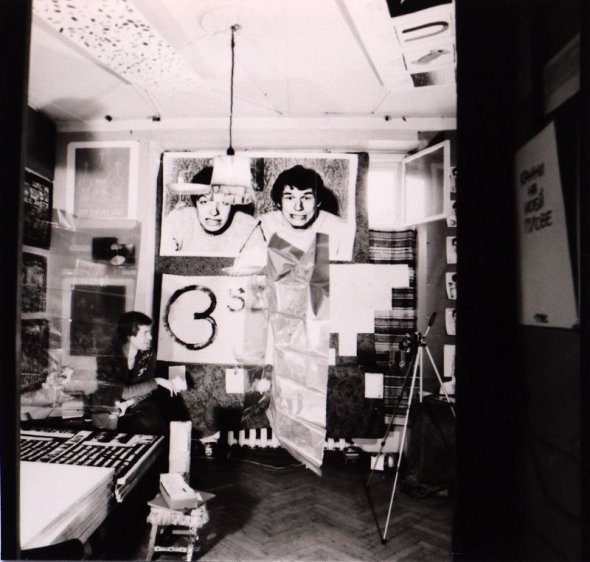 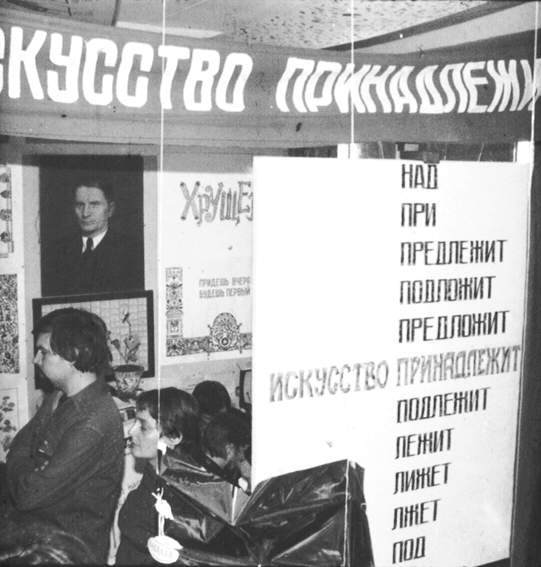 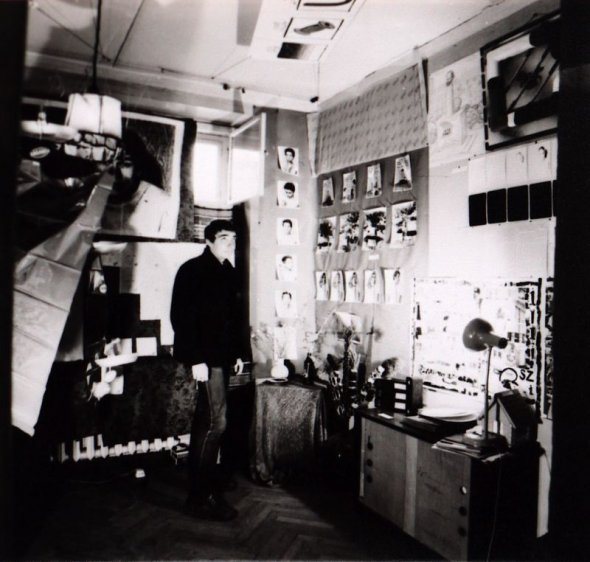 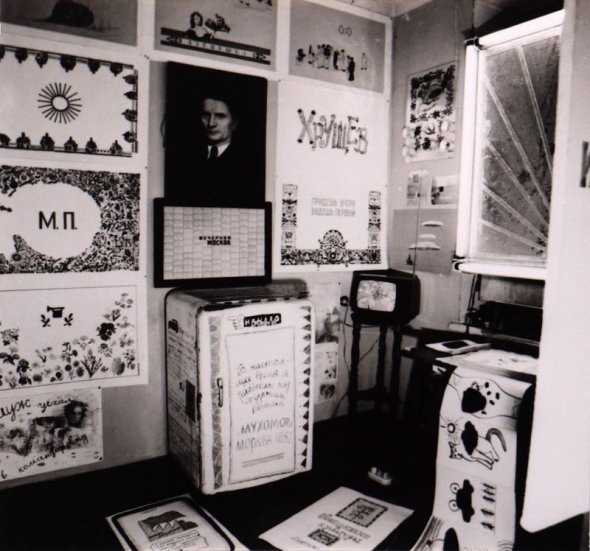 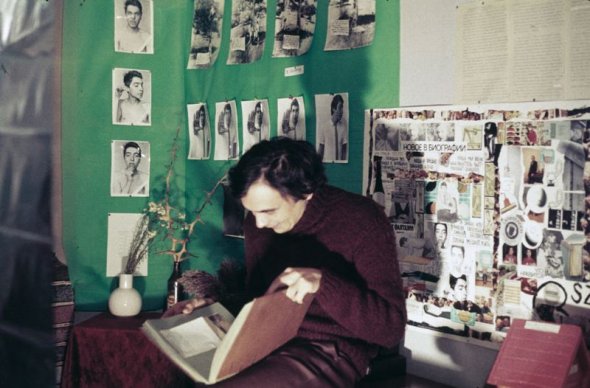 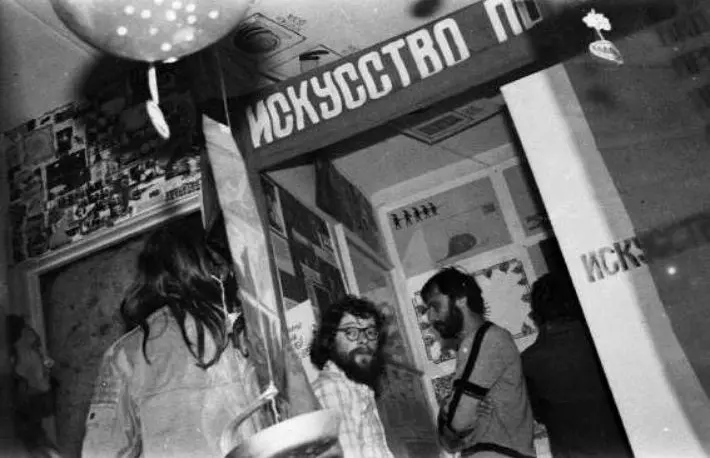 Art exhibitions in people’s own apartments were a tradition born in the Soviet Union when public cultural life was strictly regulated by the state. People opened their apartments – private spaces — for public events, exhibitions and concerts. As a reaction to state pressure, people  re-imagined their private spaces – the spaces of their homes, making them available for exhibitions and concerts, turning them into public spaces. They created an urban bohemian movement under the soft totalitarian regime.

Friends, artists, musicians, and collectors gathered in small Soviet apartments and studios. They published samizdat magazines, they created recordings on cassette tapes, they took photographs and distributed paintings, they even organized collective actions. Most of the great Soviet artists from Ilya Kabakov to Nikita Alekseev grew up in these communities.

At the time, they seemed to be powerless individuals who had no influence whatsoever. But soon it turned out that they created a discourse – the only serious discourse of the time. Many later famous musicians grew up in these communities, which had no gatekeepers outside the circle of the creators themselves. They did not write grants or reports or brag about the success of their masterpiece sales in the markets. In fact, once sales and markets kicked in, the community fell apart.

I was also friends with some of the artists in  Moscow and St. Petersburg’s unofficial art scene, including Nikita Alekseev who coined the term APTART. I was one of the youngest among them, and I was immediately struck by the closeness of their community. It was a circle of friends, with no less strict a hierarchy and ideological censorship than the party Obkoms or Soviet Exhibitions’ committees. Only they were cheerful, educated and brave, unlike the bourgeois and conformist Soviet art officials. Can apartment exhibitions, which by definition show  art (i.e. something in common) in the super-private space of the exhibition organizer’s life, be really open? And should they be?

Meanwhile, I have a lot of complaints about the Moscow Conceptualists and the Leningrad Analytical School and all the other participants in the Soviet underground. I remember their misogyny. Their romantic view of the role of the artist. Their almost caste-system of selection to their circle. But there was so much that was marvelous and distinctive about it. It was a real, sincere creative vitality in contrast to the official Soviet industrial bureaucratic model of centralized art.

I caught this environment very briefly, but the beautiful things about APTART – unselfishness, friendship, the opportunity to take risks, to be uncomfortable, absurd, and even meaningless – I would say to be free, I would like to take with me into my new life.