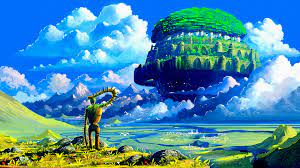 David Graeber was involved in creating the Brian Trust in the last year of his life at the suggestion of the founding members of the Extinction Rebellion.

A  true optimist, David always said, “There’s a problem, let’s solve it together.”

Together with anthropologists, economists, activists, artists, and engineers who gathered in David Graeber’s office at the London School of Economics, they made presentations, held roundtables, and had long conversations with each other.

The aim was for this collective effort to come together in one document – general recommendations to the government, petitioned by Extinction Rebellion -on how to avoid the looming crisis to our shared planet and climate system leading to the loss of biodiversity and the real risks of social and ecological collapse within our lifetimes.

Two years after David’s death, the David Graeber’s Institute is reviving the Brain Trust project. We are inviting anthropologists, economists, scientists, artists and activists to participate in discussions, public lectures, and meetings.

However, there is one big difference -. We decided to change our focus and instead of approaching the government with explanations of what should be done to stop or at least slow down the climate crisis, we will gather a collection of actions that we ourselves, the people, can do individually and collectively without the permission or participation of governments.

We are asking the media to help us to publish our lectures and dialogues.

We will accompany our program with a range of artistic and educational projects: exhibitions, theatrical debates, visual assemblies and workshops for children.

We are partnering with various art and academic institutions to expand the project to the widest possible audience.