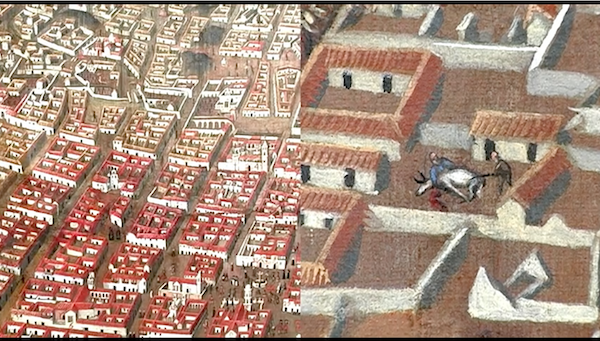 In light of the events developing in Ukraine the forthcoming assembly will be dedicated to the works that both HF and DG wrote, produced or sketched on the subject of war.

David Graeber on the War.

One of the unpublished notes on the war:

Main points: non-segmented forager societies tend not to have war (though Andaman Islanders represent a kind of bridging case). They all have capital punishment, a human universal. The question for the presence of war is whether vengeance is directed simply against the actual culprit, or some any member of some larger group.

I will continue with a quote from “Dawn of everything”:

The role of warfare warrants further discussion here because violence is often the route by which forms of play take on more permanent features. For example, the kingdoms of the Natchez or Shilluk might have been largely theatrical affairs, their rulers unable to issue orders that would be obeyed even a mile or two away; but if someone was arbitrarily killed as part of a theatrical display, that person remained definitively dead even after the performance was over.

It’s an almost absurdly obvious point to make, but it matters. Play kings cease to be play kings precisely when they start killing people; which perhaps also helps to explain the excesses of ritually sanctioned violence that so often ensued during transitions from one state to the other.

The same is true of warfare. As Elaine Scarry points out, two communities might choose to resolve a dispute by partaking in a contest, and often they do; but the ultimate difference between war (or ‘contests of injuring, as she puts it) and most other kinds of contest is that anyone killed or disfigured in a war remains so, even after the contest ends.6

Still, we must be cautious. While human beings have always been capable of physically attacking one another (and it’s difficult to find examples of societies where no one ever attacks anyone else, under any circumstances), there’s no actual reason to assume that war has always existed. Technically, war refers not just to organized violence but to a kind of contest between two clearly demarcated sides.

As Raymond Kelly has adroitly pointed out, it’s based on a logical principle that’s by no means natural or self- evident, which states that major violence involves two teams, and any member of one team treats all members of the other as equal targets. Kelly calls this the principle of ‘social substitutability’ – that is, if a Hatfield kills a McCoy and the McCoys retaliate, it doesn’t have to be against the actual murderer; any Hatfield is fair game. In the same way, if there is a war between France and Germany, any French soldier can kill any German soldier, and vice versa. The murder of entire populations is simply taking this same logic one step further. There is nothing particularly primordial about such arrangements; certainly, there is no reason to believe they are in any sense hardwired into the human psyche. On the contrary, it’s almost invariably necessary to employ some combination of ritual, drugs and psychological techniques to convince people, even adolescent males, to kill and injure each other in such systematic yet indiscriminate ways.

It would seem that for most of human history, no one saw much reason to do such things; or if they did, it was rare. Systematic studies of the Palaeolithic record offer little evidence of warfare in this specific sense. Moreover, since war was always something of a game, it’s not entirely surprising that it has manifested itself in sometimes more theatrical and sometimes more deadly variations.

Ethnography provides plenty of examples of what could best be described as play war: either with non-deadly weapons or, more often, battles involving thousands on each side where the number of casualties after a day’s ‘fighting’ amount to perhaps two or three. Even in Homeric – style warfare, most participants were basically there as an audience while individual heroes taunted, jeered and occasionally threw javelins or shot arrows at one another, or engaged in duels. At the other extreme, as we’ve seen, there is an increasing amount of archaeological evidence for outright massacres, such as those that took place among Neolithic village dwellers in central Europe after the end of the last Ice Age.