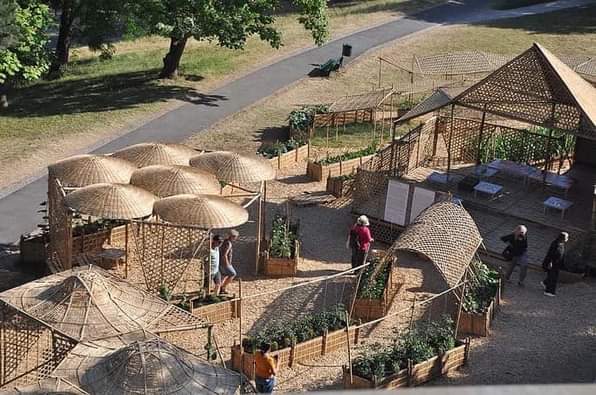 This text was originally published in Facebook of Charles Esche on 7th of August 2022.

“I have had the privilege to be at documenta fifteen a couple of times now and it continues to fascinate, challenge and inspire. For me, one important aspect is the lack of utopian or messianic symbols or gestures in the whole exhibition. This is not a show of art that wants to fix the world or propose a new system for living. Rather, there are artists, mostly organised in a communal way, that are building ways to survive and thrive in whatever conditions they find themselves.
What d15 does release for me is the possibility of a very different cultural politics as it opens to new proposals for how to live together on an earth that is already burning and drowning and melting. This is something that I am sure will occupy my thinking the next years, but in many ways, d15 feels as if it is one of the first art exhibitions of the 21st century – one that accepts that capitalism has become simply destructive but doesn’t try to reform it. Rather, it looks for how life can survive and thrive in the face of the hostility of a catastrophic economic and social world system. In that sense, it is not an exhibition rooted in the post-WW2 origins of documenta and rebuilding/redemption, but the the post financial/climate crash of the 2010s. Climate change and class/race/gender conflict are already facts in d15’s worlds, the question is what do people do despite them. Letting go of trying to ‘fix the world’ is hard for the long white, western utopian/universal tradition. I am sure some will see it as a council of despair and perhaps western Europe is simply not a place where such ideas can be discussed today. But I am almost certain we will be living with this approach of documenta fifteen for years to come. For that, I am incredibly grateful.”