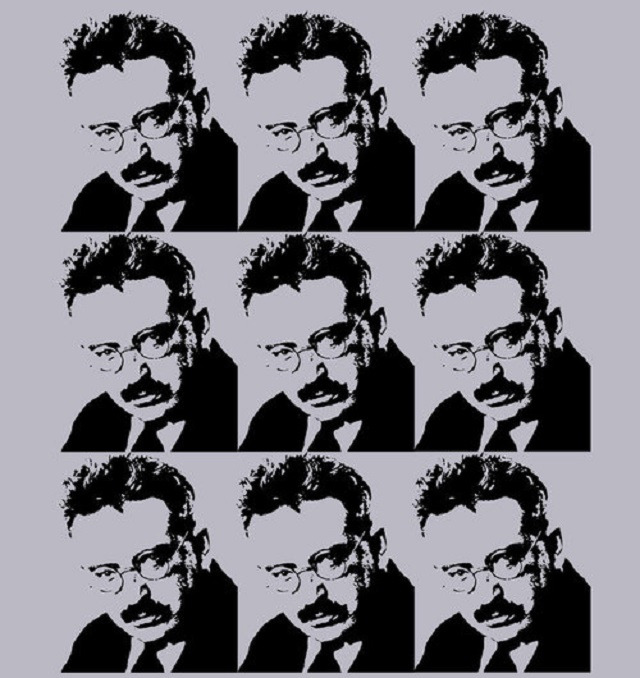 Walter Benjamin’s “Critique of Violence” is a seminal text that in just a few steps dismantles the very idea that any form of legitimate violence can exist, or that means can be separated from ends so that a just end can make a wrong means just.

For that alone, this would be a great text, and the theoretical foundation of consistent and absolute nonviolence.

Yet there’s even more in it: as David Graeber pointed out, Benjamin’s ruling out of legitimate violence hits the very notion of modern State, as “a human community that (successfully) claims the monopoly of the legitimate use of physical force within a given territory” (as per the definition popularised by Max Weber in “Politics as a Vocation” (1918), since if there’s no such a thing as a legitimate use of violence, because of the contradiction that forbids, then there’s no such a thing as a legitimate, democratic monopoly of this use. In David’s words:

“The contradiction is not simply one of language. It reflects something deeper. For the last two hundred years, democrats have been trying to graft ideals of popular self-governance onto the coercive apparatus of the state. In the end, the project is simply unworkable. States cannot, by their nature, ever truly be democratized. They are, after all, basically ways of organizing violence. (…) The coercive nature of the state ensures that democratic constitutions are founded on a fundamental contradiction. Walter Benjamin [in “Critique of Violence”] summed it up nicely by pointing out that any legal order that claims a monopoly of the use of violence has to be founded by some power other than itself, which inevitably means by acts that were illegal according to whatever system of law came before.”

(David Graeber, “There Never Was a West”

In days like these, when the appeal to violence and the make-believe of people identified with nations, and nations identified with States and with their monopoly of violence are stronger than ever, it is particularly important to revert to this text, and discuss, with Walter Benjamin and with David Graeber, what are the possibilities, the consequences and the inner logic of violence and of seizing the power of the State, and how much we want or can accept of them.

Join moderator Simona Ferlini as part of our ongoing reading groups and discussions on the important thinkers in the work of David Graeber.

An English version of Benjamin’s essay is available here: https://criticaltheoryconsortium.org/wp-content/uploads/2018/05/Benjamin-Critique-of-Violence-1.pdf

Reference David Graeber, “There Never Was a West” https://theanarchistlibrary.org/library/david-graeber-there-never-was-a-west#toc9